Home Knowledge What is the most popular crop in your country?

What is the most popular crop in your country? 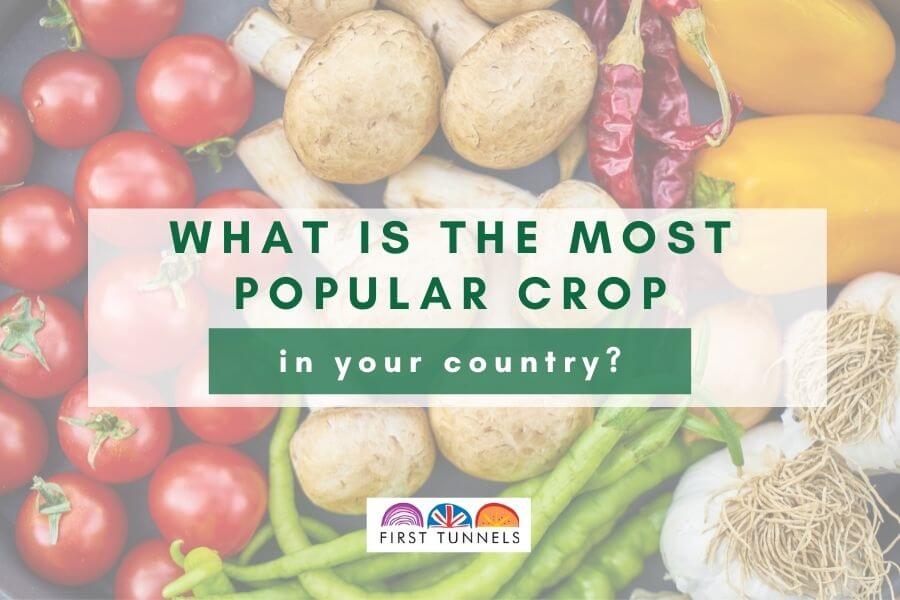 The agriculture industry is worth trillions of dollars, with most countries producing tonnes of crops every day.12% of the 13.2-billion-hectare global land area is used for agriculture. For comparison, that’s the same as 40,000,000,000 football fields.

Plant-based foods make up the vast majority of the world’s calorie and protein supplies, so it is no surprise that such vast quantities of crops are produced each year. 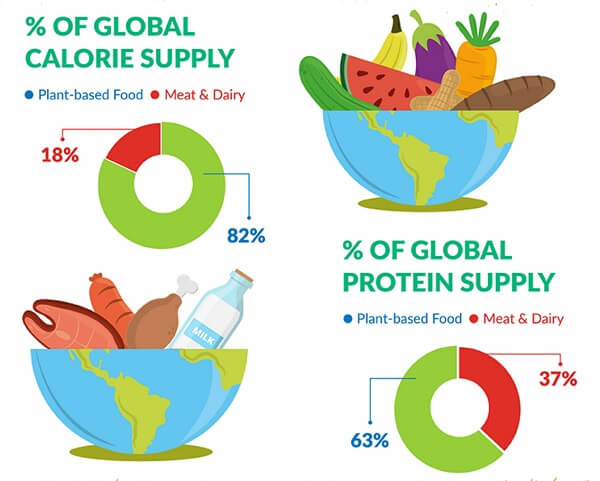 Globally, cereal crops have a significantly higher rate of production than any other crop, with over 2 billion tonnes being grown each year. 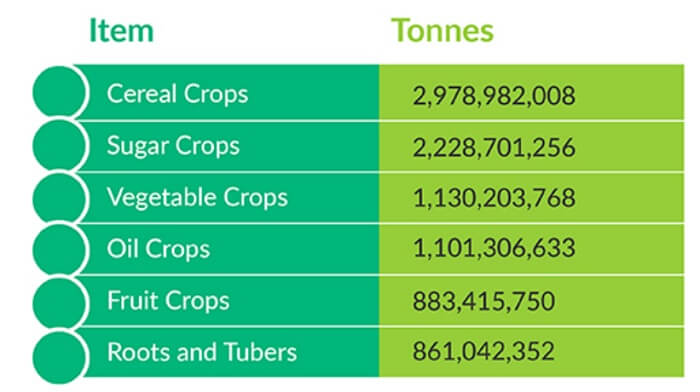 Globally, sugarcane is produced in the highest volume (in terms of tonnes produced). Brazil harvests the most sugarcane, with reports showing that they produce 753,895,389 tonnes annually. They are followed by India, Thailand, China and Pakistan. Maize (or corn) comes second in the global rankings, with a total global production tonnage of 1,126,990,585. China takes first place in the production of the 3rd, 4th and 5th most produced crops, which are rice, wheat and potatoes. 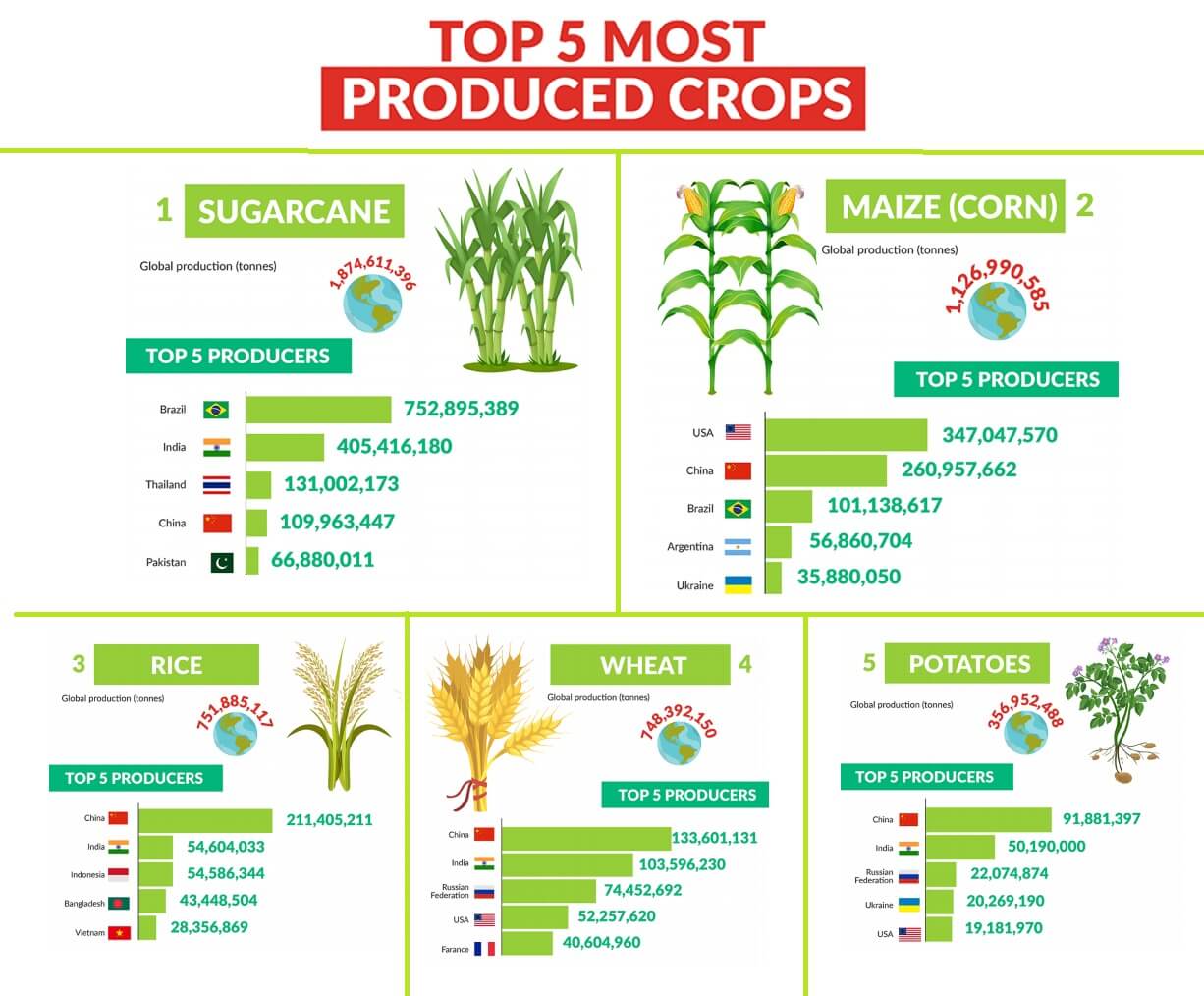 These are the kinds of crops that a large percentage of the world relies on heavily for nutrition. In fact, 50% of the worlds calorie intake in a day comes from cereal grails like wheat, maize and rice – making them some of the most important crops that we grow.

Most popular crops by continent and country

Each country and continent grow a vast variety of different crops, but they tend to specialise in certain types which thrive in their climate. For example, Australia produces more sugar cane than anything, which needs hot weather to grow.

Despite the weather being pretty unpredictable in the UK, our annual production of wheat is 16,225,000 tonnes. However, we aren’t the top growers in Europe by any measure. We’re outpaced by the Russian Federation, France, Ukraine, Germany and Romania – who produce vast quantities of wheat, maize and sugar beets. 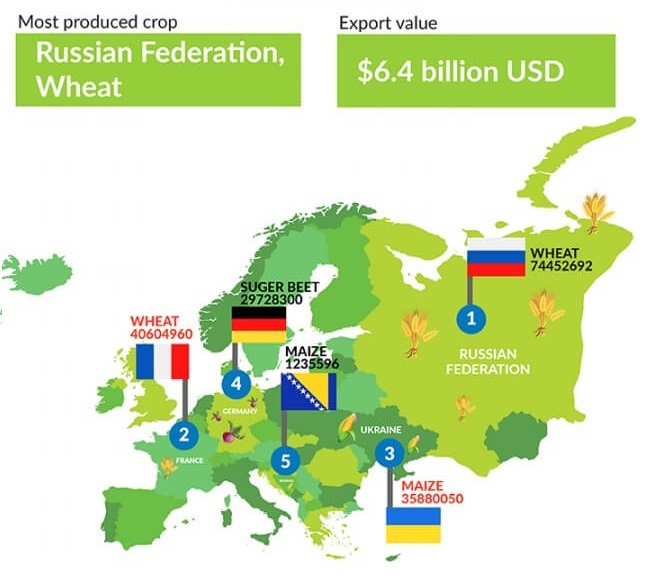 Oceania is home to Australia, which produces $2 billion AUD of sugarcane exports annually. We can see that Papua New Guinea follows them in terms of tonnage produced for oil crops. 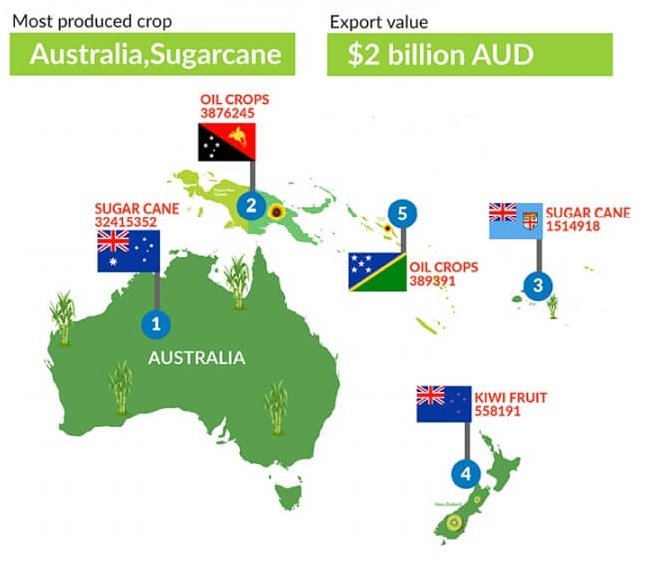 Other crops grown widely in this continent include kiwi fruit, coconuts and vegetables. 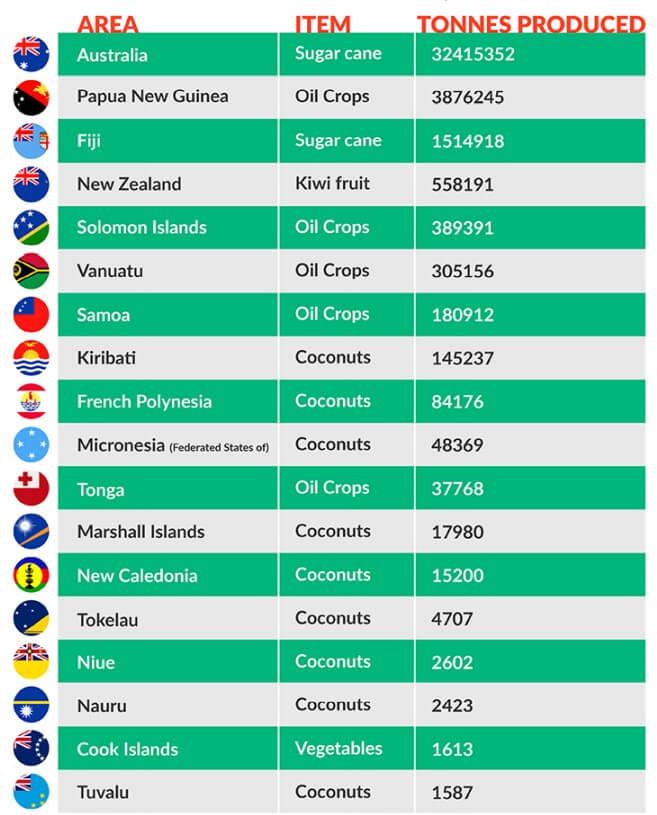 Nigeria is followed by the Democratic Republic of the Congo, Egypt, Ghana and South Africa in the top 5 crop-producing countries for their production of cassava and sugar cane. 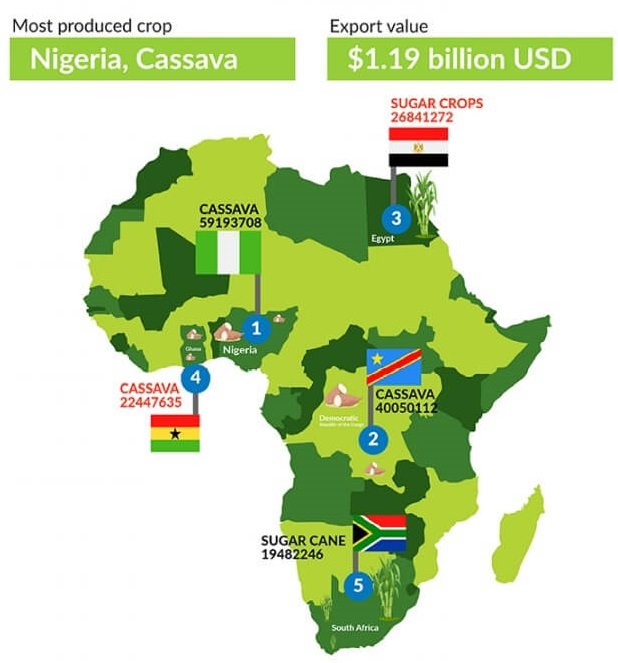 In America, 3 of the most successful crop producers fall in the south of the continent, with Brazil’s bumper sugarcane crop generating an export value of $6.4 billion USD alone.

The United States of America itself produced 347,047,570 tonnes of maize a year, whilst Argentina, Mexico and Columbia are top growers of oil crops and other sugar crops. 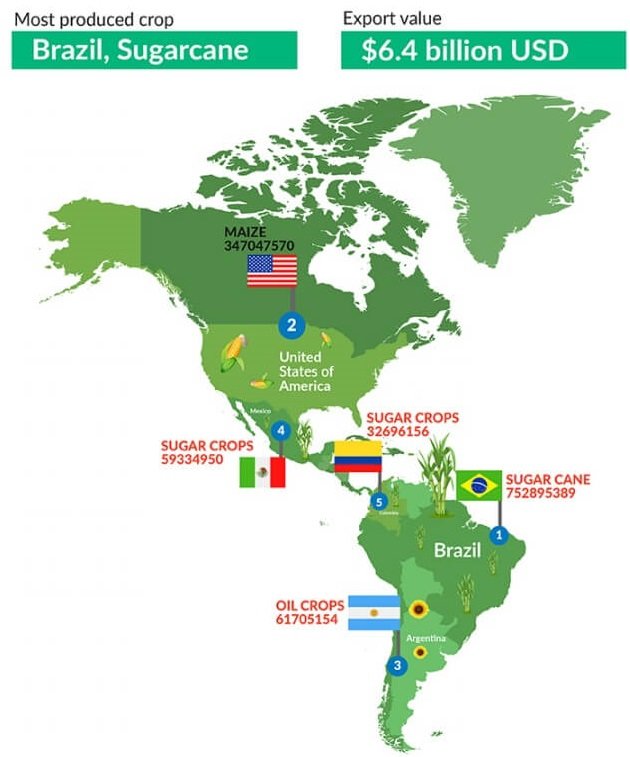 In addition to the top 5 growing countries, other countries within the continent grow billions of tonnes of sugar cane, bananas, wheat, rice and much more. 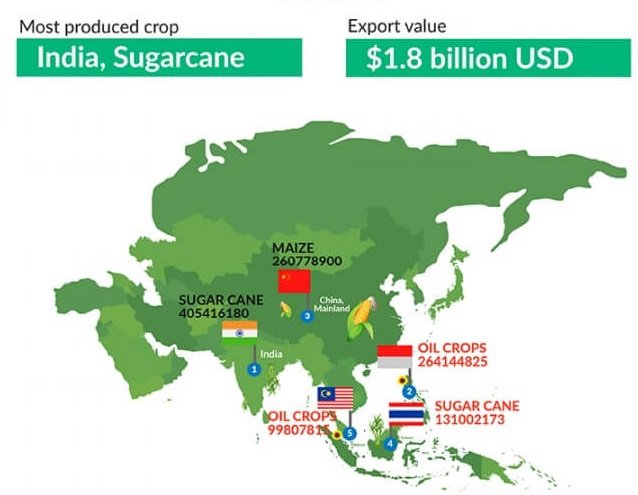 Looking at other Asian countries, rice, wheat and potatoes are commonly grown – and in vast amounts.