The Polytunnel Garden Guide To Pesticides 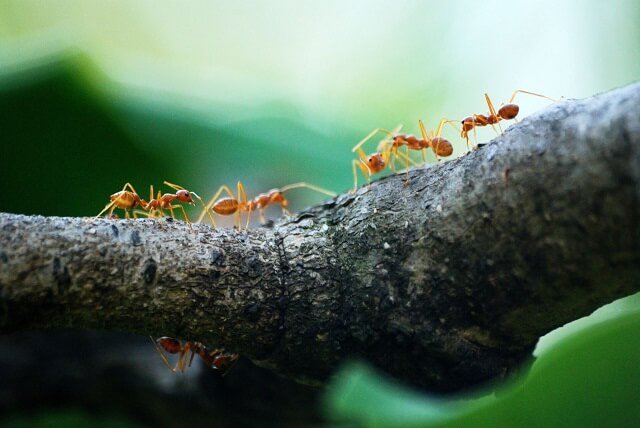 Pests are a gardener’s nightmare. You have spent hours planting, toiling and tending to your vegetable plants and fruit bushes only to have pests descend and wipe out your entire crop. But should you resort to pesticides?

It is an issue that gardeners and farmers have faced since agriculture came to be. From widespread famine to small-scale crop spoiling, pests have been an issue since we started growing our own food.

Pest control developed alongside agriculture. Although it may surprise you that pest control development has not always just been about finding chemical controls. As early as 1500 BC, it is documented that the Chinese were manipulating planting dates to beat pests. In 300AD, a predatory insect was introduced in orchards to rid them of fruit flies and other pests.

Developed throughout the 19th Century, it wasn’t until the early 20th Century that chemical pesticides and insecticides were used as the norm. But now, we have come full circle. Gardeners and some farmers looking to restore the natural balance in gardens to control the pests that cause so many problems.

Pesticides are substances used for destroying insects or other organisms that are harmful to the plants that you grow. These are often man-made chemical agents, and can be harmful not just for pests but also for the wider environment. However, not all pesticides are equally disruptive in a wider environmental context. Organic pesticides also exist, including biological agents which can be used to protect your plants.

Organic pesticides include nematodes, such as Nemaslug, which can be used to help with a slug problem in your polytunnel. Nemaslug consists of millions of tiny nematodes (in layman’s terms – microscopic worms which kill slugs above and below ground). It’s supplied as a powder which is mixed with water and applied directly to the soil with a watering can.

Nemaslug does not leave any unsightly residues, controls all common species of small to medium-sized slugs and is quick and easy to apply. The majority of the slugs will die out of sight underground, so don’t expect to see dead slugs lying around. Phew!

Why Pesticides Should Be Avoided

Chemical pesticides should almost invariably be avoided whenever possible. They can have a devastating impact on wildlife and on our planet. In an organic garden, you could consider the use of organic pesticides to solve your problems.

Pesticides can eradicate a certain pest species. But this can simply allow for a worse pest problem in coming years. By entirely getting rid of aphids, for example, you will eliminate the food source for the insects that eat them. Those insects will leave, so aphids can return in force without those predatory insects to curtail their numbers, in future years.

Which Pests Can Be A Problem in A Polytunnel?

If you have a polytunnel, one of the questions you may have is which of the many bugs and beasties that you find within it pose a problem, and which will do no harm to your food crops and other plants.

Many polytunnel gardeners find that the dry conditions lead ants to move in. But are ants a problem in a polytunnel?

Are Ants a Problem in a Polytunnel?

Unfortunately, the answer is yes, they can be. Fortunately, there are measures that organic gardeners can take to discourage ants from taking up residence in the first place 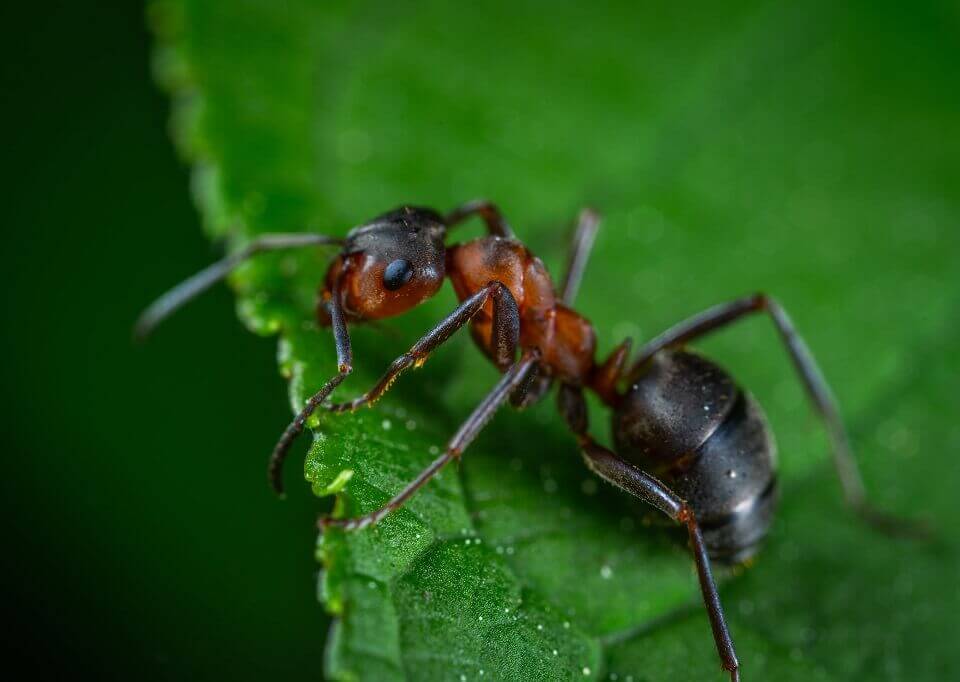 Ants can be very troublesome pests in any garden

and to encourage ants to move on to a less troublesome location if you do have a problem with them in your polytunnel.

Why Ants Can Be a Problem in a Polytunnel

Ants do not usually eat your crops. By themselves, they will not do much harm and so elsewhere in your garden it is often possible to adopt a live and let live approach. Unfortunately, ants do something rather weird – they ‘farm’ aphids. If they ‘farm’ the aphids they herd them onto specific plants – if those plants are ones you want for food, this can pose a problem, damaging and even killing those plants in extreme cases. The ants stroke the aphids to get them to release a sugary liquid for the ants to drink.

Ants can also simply be a nuisance to the polytunnel gardener, swarming out whenever the soil around their nest is disturbed.

How to Discourage Ants from Taking Up Residence

Ants do not like wet soil – they prefer a very dry, sandy environment. So to discourage ants from taking up residence in your polytunnel in the first place, try to keep the space well-watered and mulch well with plenty of organic material.

You can encourage ants to move elsewhere by making conditions worse for them.

If ants are not causing a nuisance, it is best to leave them alone as if a colony is disturbed it is often the case that new queens will try to come in and make even more new nests.

How do the ants in your polytunnel behave? Let us know below.

In addition to ants, there are a number of other different pests that you may encounter in your polytunnel. These may include: 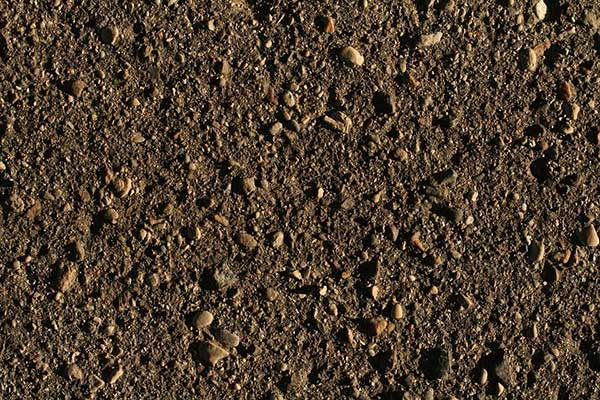 Keeping soil healthy can contribute to keeping pests at bay

Far and away the best thing to do to keep pests in check in an organic garden is to do what you can to keep nature’s balance intact. When the balance is intact, pest species tend to remain in small numbers only, making any problems small ones.

To help you garden without pesticides, here is some of the wildlife that you might want in your polytunnel, and how to attract those creatures to your garden:

Much human food production would be practically impossible without these little helpers. Bees and other pollinators are essential to the successful harvest of many food crops and we would be lost without them. It is important to allow these insects access to your polytunnel, especially during the periods when crops are in flower. You can further entice bees and other pollinators to visit your polytunnel by planting bee-friendly flowers and herbs. Bees are known to prefer some flowers over others, so do your research and find the best bee friendly plants for your soil and your area. Creating ‘bee hotels’ for solitary bees in your area, being careful to check your lawn for bees before mowing and, of course, going entirely organic, are amongst the other actions gardeners can take to save our bees and other pollinating insects.

Pollination is not the only garden task that insects can help with. Other insects, such as hoverflies, lacewings and ladybirds, predate pest insects such as aphids. Again, planting the right species to attract these creatures will help to keep pests in control and will help to create a balanced ecosystem in an organic garden.

From blue tits to robins, there is no denying that keeping slugs under control is much improved when you have garden birds on the case. Encourage them in with bird tables and seed or nuts. You could also build nesting boxes that keep them in the garden all year round.

Toads & frogs are an effective form of pest control

A pond should be a feature in almost all gardens. Ponds will not only look good and create a relaxing vista for the homeowners, they will also help to attract and care for local wildlife. Build a pond and often you will soon find it filled with local amphibians such as frogs or toads – excellent news for the organic gardener! Even if you do not have a pond yourself, amphibians may breed nearby so you may still be lucky enough to see them in your garden. Frogs and toads are good news for the organic gardener because they are excellent at picking off slugs and snails. Quite often, they will make themselves at home in a polytunnel. Gardeners can encourage them to do so by laying organic mulches under which they can hide, and taking care not to disturb them.

Of course there are plenty more wildlife creatures that can come in handy in an organic polytunnel, so generally making sure that your garden and polytunnel are wildlife friendly can only be a good thing.

For more information on dealing with a pest problem in your polytunnel, check out our articles on: