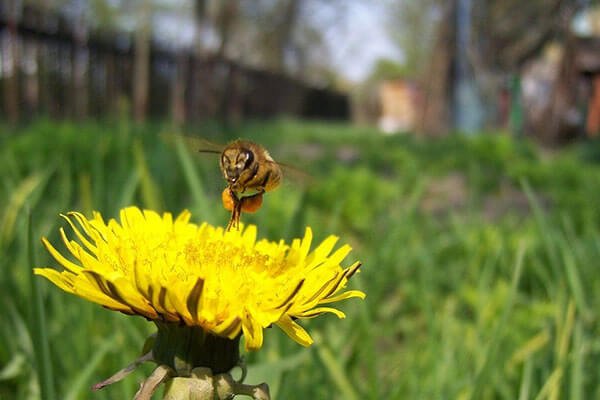 We often try to avoid weeds growing in our gardens, but these pesky weeds could actually be a hidden food source! Here are 7 edible weeds that you are likely to find in your garden in the UK.

Eating Weeds From Your Polytunnels

They may be common garden weeds but never assume that because it looks like one, that you can eat it. As with all foraging, make sure you have positively identified the edible weed and that you understand how to eat it before doing so.

It’s the nuisance that plague the flower borders and lawn, and yet the bad reputation of the dandelion is undeserved. But all the parts of this weed are edible, from the roots to the blooms.

Leaves can be harvested at any point, although choose newer leaves for a less bitter taste. Toss a few washed dandelion leaves through your next salad. They can also be steamed, as well as a tasty addition to a stir-fry and soup.

The flowers are sweet and crunchy eaten raw. If you don’t fancy them raw, bread them and fry them or make then into dandelion wine.

This weed can often be found in moist flower beds, lawns and shady area. A ground-hugging plant it often goes unnoticed but is a nutritional powerhouse of a weed. It contains more omega-3 fatty acids than other green leafy vegetables. It is a great addition to a salad, stir fry or can be used to thicken soups and stews.

Another common weed, clover is the plant that we spent our childhood hunting for the elusive lucky four-leafed stem that would bring us untold riches and spoils. As well as being an important food for bees, clover leaves and flowers can be used in meals too. Add a small amount of raw clover leaves to salads, or sauté and add to dishes for a green accent.  Both red and white flowers can be eaten raw and cooked, as well as in tea.

A rather non-descript plant, many gardeners find that they pluck lamb’s quarter from their polytunnel beds frequently. Also known as goosefoot, it can be eaten raw, sautéed, steamed or used in any dish where spinach is called for.

Their seeds, – they look similar to quinoa – can also be harvested and eaten if you have the patience to gather them.

Not to be confused with the tropical fruit by the same name, this super-common weed is not only back with nutrients but has great medicinal properties too. It can soothe irritating rashes, calm stings and burns, as well as working well of wounds of all kinds.

It is also edible and a welcome addition to your diet raw, steamed, boiled or gently fried. Choose the younger leaves as the older ones can be a little tough. The distinctive flower spike can also be cooked or ground into flour but beware, over-consumption could lead to several loo visits as it has natural laxative powers.

As far as weeds go, this one is relatively pretty with its long green stem, small leaf habit and pretty white flowers. Unassuming it may be, but it is harvested for both eating and medicinal purposes.

The leaves, stems and flowers of this plant can be eaten raw or cooked. Add to any dish that calls for spinach. It has a delicate taste and so can be overpowered by other ingredients.

As for its medicinal qualities, it is great for applying to the skin when there is a minor cut that needs soothing, burns or rashes. It can also be made into a tea if you want a mild diuretic, for example when you are detoxing.

Also called yellow dock, this weed is seen almost everywhere, from the roadside to unkempt areas of the garden.

The plant is best eaten raw when young, unlike this photograph which shows an older, more established curly dock plant.

For older plants, cook the stems, adding it to salads or soups. The stems of the plant can be peeled and then cooked or eaten raw. It produces seeds in abundance and they can be boiled or eaten raw. If you want a substitute to caffeine-laden coffee, these seeds make a great substitute.

It has a tart flavour due to the high levels of oxalic acid and so when it comes to consumption, moderation is key. And, as you boil the stems, change the water often to be get rid of the build of the acid.

Why not take a look at our growing guides to find out what other plants make a nutritious addition to your meals?