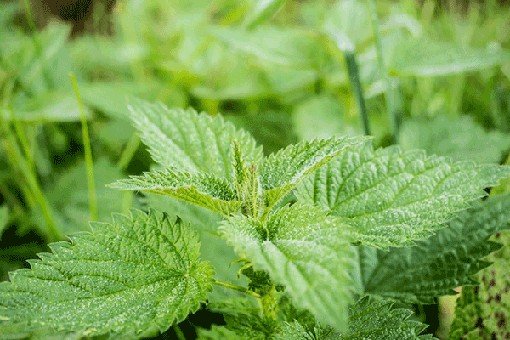 Polytunnels are often used to grow food. But polytunnel gardeners can think beyond the edible when it comes to getting the most from the covered space at their disposal. In addition to growing a wide range of edible crops, a polytunnel can also make it easier to sow polytunnel plants for dye making. Below, you will find details of some of the dye plants that you could consider growing in your polytunnel. These are just some of the many, many plants that can be used for this purpose.

This chamomile provides warm yellow dyes which are made from the simmered flowers. Sow in March for transplantation when the weather warms or sow in May-June and plant out in early autumn for flowering the following year. Use flowers just as they begin to wilt. This chamomile is often considered to be one of the best polytunnel plants for dye making.

Coreopsis can provide dyes in maroon, brown, oranges and deep yellows. Sow seeds a few weeks before the last frost and transplant into your polytunnel when seedlings are around 5cm tall. Flowers, which are used for the dyes, will arrive around 8-12 weeks later. Acids added to dye will bring out yellows, while alkaline additions will bring out deeper reddish hues.

Madder provides intense orange, scarlet and reddish-purple shades that are particularly light-fast. The roots of madder are used to make reds that can then be altered by changing temperature or pH. Plant each madder in a pot and protect from slugs – a polytunnel can make it easier to keep these pests under control. Madder grows well from cuttings. Add lime to soil during winter to improve red dyes.

Woad is used to create true blue dyes. Pigment comes from the spinach-like leaves of the plant. Woad is a close relative of brassicas like cabbage and should be sown, grown and cared for in a similar way. Sow in around March and transplant to a final spacing of around 30cm when they are large enough to handle. Mulch with an organic, nitrogen rich mulch such as grass clippings and ensure the area is fertile throughout the season. Harvest leaves between July and September.

Stinging nettles may be a weed in and around your polytunnel and are considered a problem by many gardeners. But stinging nettles make a lively green dye. Blacks can be made, it is said, with an iron mordant (dye fixative). Copper creates a grey-green. Yellow dyes can also be made from the roots, boiled with alum. Nettles are one useful weed. Not only can they be used to make dyes, fibres can also make the cloth itself, which is like a fine cotton. Nettles are also a nutritious edible.