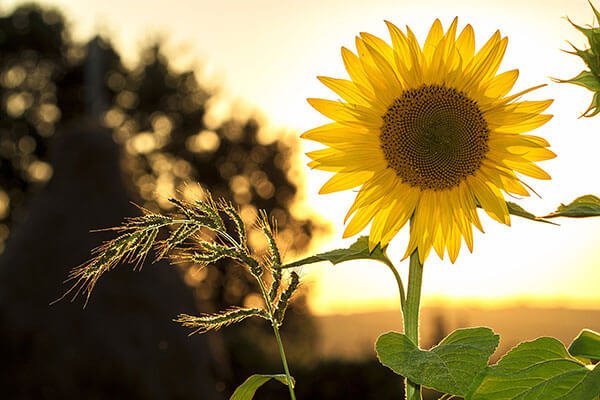 The main season of direct seed sowing may be behind us in June, but there are still plenty of seeds that we can direct sow in our polytunnels even now meteorological summer has arrived. Sowing some swift-to-bloom annuals in your polytunnel in June can help to give you some lovely colour right through to early autumn.

Why Sow Annual Flowers in June?

This last burst of summer colour will not only give you a delightful display, it will also be a boon to late pollinators, giving them a boost as they prepare for the colder months ahead. Gardeners who make sure that they have blooming plants throughout as much of the year as possible are those who will find that they have the best pollination rates. They will benefit from the biodiversity that the blooms bring in other ways too, such as through increased predation of pests and a healthy and resilient ecosystem.

Some annual flowers polytunnel gardeners can still sow in June include:

Marigolds are another choice for a polytunnel, as these will happily bloom late in the season when planted in June. What is more, marigolds will help repel pests and allow your food crop plants to thrive. It is not too late to sow this beneficial companion plant in sunny spots throughout your polytunnel garden

Sunflowers, which will shoot up swiftly in the summer sun and can give you a display in September and maybe even into early October if we have an Indian summer. In a polytunnel, you will also have more chance of collecting the seeds to eat or to sow next year before the birds get them all.

Nasturtiums will also be one of the beneficial annual flowers to have around come harvest time and into autumn – remember that the leaves, flowers and seeds are all edible. It is not too late to direct sow some nasturtiums in your polytunnel and they will grow quickly over the warm summer months.

Calendula is another useful polytunnel flower that is beneficial to other plants and can still be sown in June for blooms late in the season. Calendula, like nasturtiums, are also another edible flower and they have a range of uses in an eco-friendly home.

Borage is another great companion plant and it is not to late to sow this one either. Borage has pretty blue flowers which taste a little like cucumber and will attract a range of beneficial wildlife to your polytunnel.

Will you be sowing some flowers this month? Let us know in the comments below.

Menu Do NOT follow this link or you will be banned from the site!